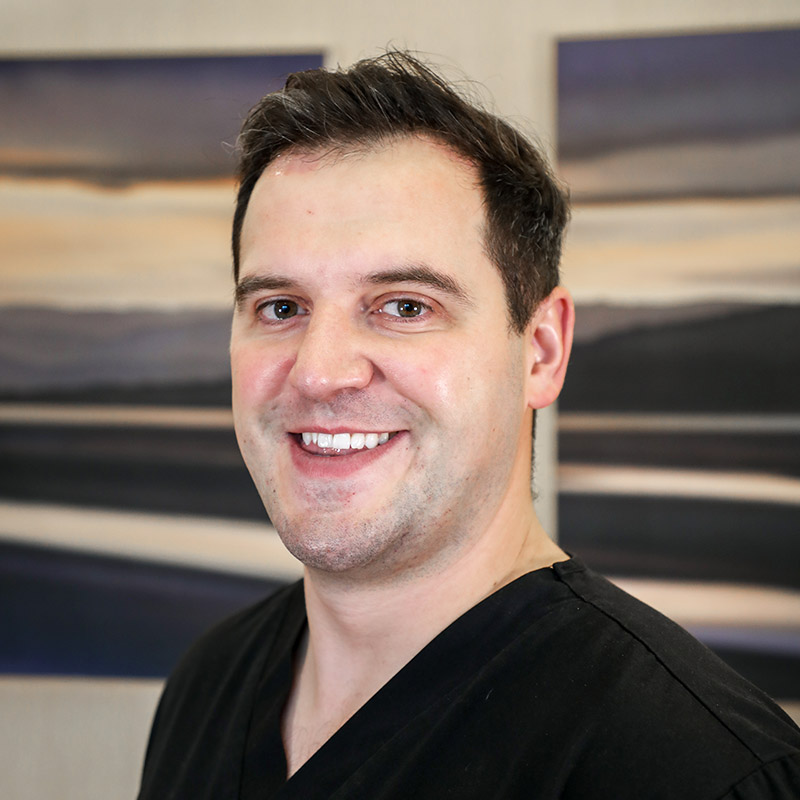 Andrew is a local to Rochdale, having grown up and being educated in the town. He qualified from Peninsula Dental School at Exeter University in 2012, having already achieved an honours degree in Biomedical Sciences from Durham University (2007) and a Masters degree in Immunology and Immunogenetics from the University of Manchester (2008).

Since graduating, Andrew has worked within the NHS and also privately, however from 2014 has limited his practice within private dentistry. Andrew has completed extensive postgraduate training in cosmetic and restorative dentistry, successfully completing the Royal College of Surgeons MJDF examination in 2013 before going on to successfully complete the prestigious Royal College of Surgeons Diploma In Restorative Dentistry in 2017.

Andrew has since been elected, and is currently sitting on the national board of the Royal College of Surgeons Faculty of General Dental Practitioners, helping set the standards in postgraduate education and professional standards within the profession.

Andrew’s skills have also garnered national recognition from ITV’s ‘This Morning’ television show, having demonstrated a smile makeover which was featured in 2017.

Andrew is a passionate and progressive dentist with a focus on minimally-invasive dentistry, and the use of cutting-edge digital technology.

In his spare time, Andrew is a keen sportsman, playing football, rugby, badminton and squash whilst being an active member of Rochdale Golf Club. He also enjoys regular days out and spending time with his wife and young son.

We use cookies on our website to give you the most relevant experience by remembering your preferences and repeat visits. By clicking “Accept”, you consent to the use of ALL the cookies.
Cookie settingsACCEPT
Manage consent

This website uses cookies to improve your experience while you navigate through the website. Out of these, the cookies that are categorized as necessary are stored on your browser as they are essential for the working of basic functionalities of the website. We also use third-party cookies that help us analyze and understand how you use this website. These cookies will be stored in your browser only with your consent. You also have the option to opt-out of these cookies. But opting out of some of these cookies may affect your browsing experience.
Necessary Always Enabled
Necessary cookies are absolutely essential for the website to function properly. This category only includes cookies that ensures basic functionalities and security features of the website. These cookies do not store any personal information.
Non-necessary
Any cookies that may not be particularly necessary for the website to function and is used specifically to collect user personal data via analytics, ads, other embedded contents are termed as non-necessary cookies. It is mandatory to procure user consent prior to running these cookies on your website.
SAVE & ACCEPT